Why aren't Motorcycles Popular in the USA? | Stirlingkit

"Life should not be about arriving at a beautiful and well-preserved body in order to reach the grave safely, but about sliding sideways, in a cloud of smoke, utterly spent, totally exhausted, and declaring out loud, "Wow! What a wonderful ride! - Hunter S. Thompson."

The words of this famous American journalist and author pretty much sum up the mindset of many riders; they live their lives only to embrace the ride.

Times have changed, culture has slowly propped up human civilization, different areas have different historical accounts, different objects carry the special culture of each generation, and the motorbike, not just a means of transport, is also a cultural identity. Motorbikes are many times considered an escape from the mundane and hustle and bustle of life. The ability to take off on two wheels made the possibility of freedom in an ever-shrinking world possible. Thankfully, those who were enlightened enough to recognize the motorbike as a spiritual companion to freedom have played a crucial role in the evolution of motorbike culture.

The motorbike, more than just a means of transport, has provided a way of life, represented a counter-culture and a source of identity for a group of people who are sometimes marginalized by society.

When did biker culture start?

Motorbikes came significantly into our attention only after the WWII. At that time it was popular as a reliable means of transport during the two wars. The vehicle slowly replaced horses and ensured that communication between troops was easier. After the World War II, veterans took to their motorbikes in order to recapture the excitement and adrenaline rush that war brings. Their desperate need to recapture that feeling of war and nostalgia for the comradeship of those who fought side by side gave rise to the first motorbike clubs. To give World War II veterans a sense of belonging and camaraderie from their time in the army. The post-war era saw the popularity of motorbikes. The events of 1947, when the Hollister riots became a turning point in the evolution of the world's motorbike culture, created an 'outlaw' image of motorcyclists, and on 4 July a group of riders at a gypsy tour in California caused a minor disturbance and presented lawless bikers terrorizing the town. The image of the town. The Hollister riots of 1947 were, in a way, instrumental in cementing the general perception of the riders. The riot was also adapted into the film The Wild One, which recreated the events of the 1947 riot and became a cult classic. The film's storyline, which is loosely based on two biker gangs terrorizing a small town with all the images and footage of unruly, violent and illegal people, set the tone for the public's perception of bikers for decades and is deeply ingrained in people's minds The 1950s were the birth of motorbike culture, but the counter-culture explosion of the 1960s was when it came of age.

The 1960s began to attract a lot of media attention when the most notorious organization of all, the Hells Angels, was formed in 1948. The outlaw image paved the way for the emergence of rival motorbike gangs.

The club was founded in the Fontana/San Bernadino area of California and its 'Berdoo' chapter still exists today.

The Hells Angels were not the only outlaw motorbike club to emerge during this period; two notable rival groups, the Hells Angels and the Outlaws Motorcycle Club, would often fight fiercely with each other over territory.

Gang members of these rival groups turned into the typical image of rebel bikers: tattoos, gang symbols and a tendency to ignore the law. At the time, motorcyclists claimed that 99% of their clubs were non-violent, and this culture continues to this day, but it is this remarkable trend in the community that has helped to shape the wider perception of motorcyclists.

What's the Influence of the Motorcycle Culture?

While the communities of motorbike riders and passengers are diverse, the typical motorbike rider is white, male, heterosexual and working class. Women are increasingly becoming members of the motorbike community, but they are classified more as passengers than as bikers. Especially from the 1940s to the 1980s, when men were the dominant riders, women's role in motorbike culture has been subordinate to that of men. In the United States, motorbike culture changed after World War II. In the 1980s, Harley-Davidson built new bikes that featured smaller frames and new, smoother-running, more efficient engines for female riders. These changes greatly increased the number of people who could and did ride bikes, especially women. 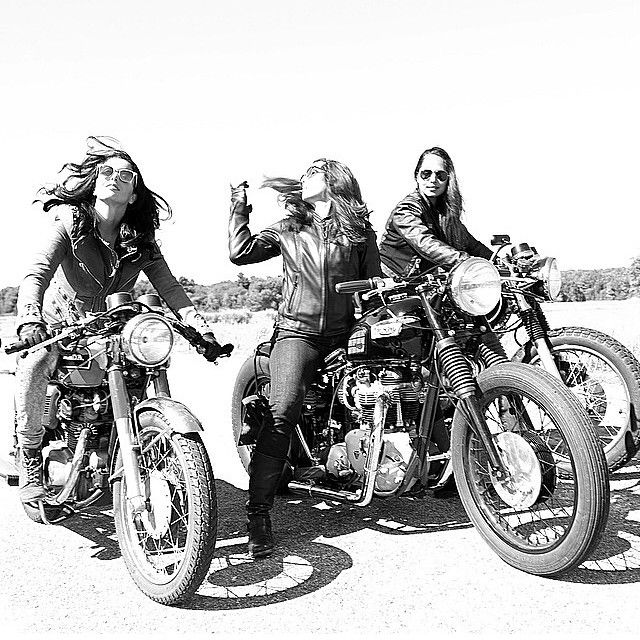 Until the late 1980s, women, like men, were portrayed in advertising as smiling, competent riders rather than passengers, and women rode bicycle corps (WAC) in organizations such as the Harley-sponsored Motor Maids (founded in 1940) and the Women's Army Corps of the United States Army. 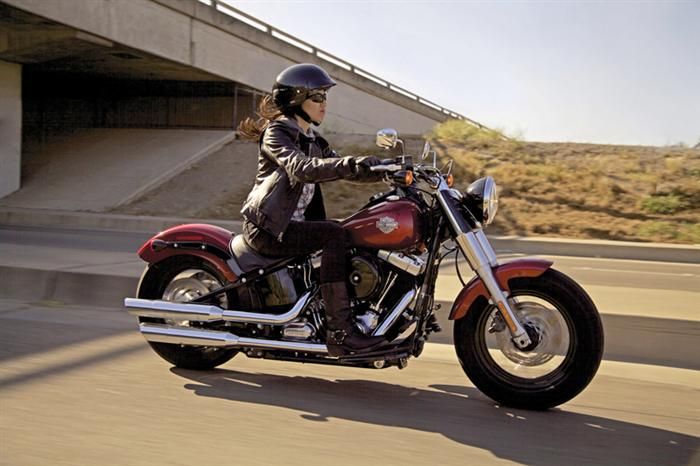 By 2004, women owned nearly 10% of American motorbikes, while many more women were happily riding on motorbikes belonging to men.

How Motorcycle Culture Develop in America?

It is well known that one of the world's most popular motorbike brands, Harley-Davidson Motor Company, began producing motorbikes in the United States in 1903.

And the American Motorcycle Association, founded in 1939, began sponsoring races and events for motorbike riders. These events made motorcycling popular among enthusiasts, weekend riders and thrill seekers. For motorbike riders, Sturgis, the world's largest gathering of motorbike enthusiasts, is no stranger to you. The first rally was organized by Sturgis in the summer of 1938, with a small number of participants, but it started the history of this annual holy meeting. From the 1960s to the 2000s, the number of participants grew from 1,000 to 500,000, and in 2015, to celebrate its 75th anniversary, the local population was well prepared to welcome 1.6 million motorcyclists from all over the world. Motorcyclists are much appreciated and respected, and they have found their home here. Displaying their vintage and custom motorbikes, graphics were painted on their hands, backs or other designated skin. Custom paint, creative graphics, and personal statements make each motorbike at Sturgis a personal expression. How do Americans feel about Motorcycles?

Some parents believe that the "no motorbike" rule for children under the age of 18 is due to safety concerns and that the number of motorbike accidents has led to many people's first impressions of it being dangerous, thus sapping their positive perceptions of motorbikes.

Most Americans can afford to own and maintain a car, and most American car owners do not live in places where parking is a problem. Cars can carry more people and objects, so most still cite safety factors as making motorbikes unpopular in the United States.

Some people still have a positive attitude towards motorbikes.

that motorbikes are indeed unstable in the elements, but will use them as alternative transportation on decent days and as fun toys on nice weekends. Children who are interested in motorbikes will choose to let them follow their own wishes as long as they can do the safety features and other things that need to be done.

Most Americans think bikes are cool, but it's more of a lifestyle choice than an economic choice. It also depends on the times and whether or not bicycles are popular. In the second half of the 20th century, motorbike culture saw a boom in American teenagers wanting to be 'edgy'. They saw the first era of bicycle popularity, as a significant number of men rode them during the war and continued to ride them afterwards. Subsequent generations injected bicycle culture into their counter-culture movements, with the gas guzzlers of the 50s and the punk scene of the 80s seeing the rise of bicycle culture.

Why aren't Motorcycles Popular in the USA Anymore?

In the event of heavy snow or below zero degrees Celsius, the motorbike has to stay quietly in the garage. And most of the time, in summer, when the temperature reaches 28 degrees Celsius, it can be very frustrating to travel long distances on a full-speed motorbike.

People always feel much safer on four wheels in a car than on a motorbike.The car has become a cultural and practical tool. Motorbikes, on the other hand, are seen as recreational vehicles. This is why cars have become the main source of transportation and other things. Getting a motorbike licence is an extra effort, training etc. On top of that, if you have a motorbike, you can't drive it without a safety device. Passengers must also wear protective gear, which makes motorcycling less fun in the United States. The US has a much smaller population and is a large area. Combined with the fact that an average American family consists of at least 3 members, motorbikes have limited space and limited passenger capacity, and as a result, most people prefer cars to motorbikes.