1.Free Shipping of All Order

2.If you have any problems about stirlingkit products, please contact us)

1.Free shipping of all order.

2.You will receive a confirmation e-mail after placing an order and another e-mail after your order has been shipped. The second one will contain the tracking information and some instructions on how to track your parcel.

1.All products can be requested for Return Merchandise Authorization within warranty of return.

2.Warranty of return: 30 days that the package has been received

Q1 : If my password forgotten how to deal with?
A1 : Send an Email to: service@stirlingkit.com. with the same Email of stirlingkit account. Our staff will reset your password as soon as possible.

Q2 : Where is my order?
A2 : You can track your order on 17track.net. Or if you need a team members help check up please contact with our service team and we will be in touch with a status update.

Q3 : Refund
A3 : Refunds are processed within 1-5 business days, after you received our confirmation on the cancellation.

Q5: Returns
A5 : Order purchased in store and online have a 30 day return guarantee.

Q6: How do I return a faulty product?
A6 : If you have purchased a product in store that appears faulty, you are welcome to return it to the store for testing, an exchange or refund. Occasionally a product bought online may arrive faulty, if this is the case please contact our friendly customer service

Q7: I want to buy a large quantity of particular products, do you offer volume discounts?
A7 : Please contact us for a quote.

As a educational for combustion engine basics knowledge it’s perfect.
However model have some assembly flow’s.
Drive train including clutch efficiency and and engaging of it remains to be improved.
Cove box should have option for NiMh batteries as well, due to the fact that lithium doesn’t have luxury of long shelf life and model could sit on shelf untouched for year.
I misunderstood purpose of generator because wires was cut off.
Belts settings remained to be improved.
Optimal canopy for already cool car model be nice.
Make me think that’s the original idea was different.
Maybe tiny cool remote better than WiFi(just guessing)
On scale of ten I wold put rating nine overall it’s great and I enjoyed the assembly.
Thank you! 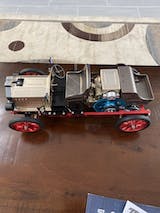 the packing is super great. i'm surprised and happy when i open the box. 5 star 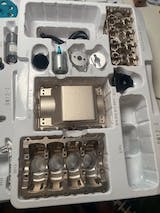 i'm a collector of classic car. I bought it instantly when I saw it in the You Tube. No regret. 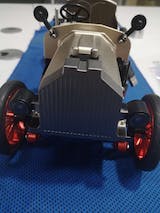 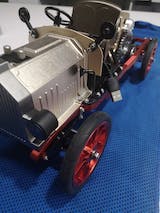 my dad is happy about it. 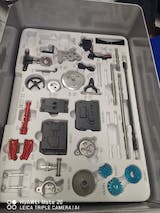 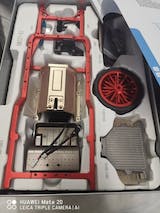 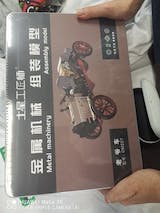 A bit disappointed that you have to download an app to make it work.

Clear recently viewed
Customers rate us 4.9/5 based on 1510 reviews.